skip to main | skip to sidebar

In 2012 we took Feast on the road.  There were new flavors, ingredients, dishes, locations, and even some new members of the entourage.   I know there weren’t many posts with recipes this year, but this year we played with new forms of social media.  Why spend two hours writing recipes when you can spend 2 seconds posting to Instagram?   We have some exciting meals coming up in 2013 so I’ll work on integrating my social media and spend some time on Feastpdx.

So back to 2012.  Before we jump into the New Year I want to share a quick rundown of the highlights of the year.

It was the year of the Dragon and we celebrated.  2011 was a tough year for everyone and 2012 needed a good kick-off to start the year right.  We invited 25 of our closest friends over for an incredible Steam Boat dinner.  Peter and I were first introduced to this meal by Kyle Kwong.  It involves platters of marinated pork, chicken, beef, scallops, shrimp, fish and mussels; a bounty of fresh vegetables and herbs, and woks full of aromatic broth for cooking all of the fresh ingredients right on the dining table 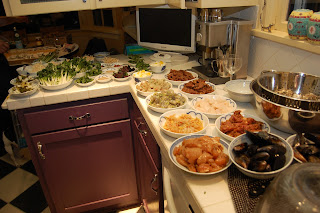 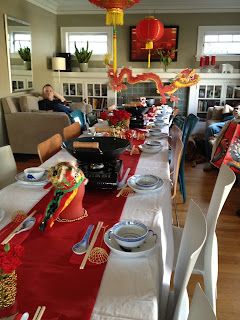 .
In a move of extravagance I rolled 100 egg rolls filled with a mixture of cabbage and ground pork .  Whenever I go out for Chinese and I like to order spring rolls, but I’m always bummed out because you only get 3 or 4 rolls.  Throwing caution to the wind I made a mountain of spring rolls and we ate every last one of them. 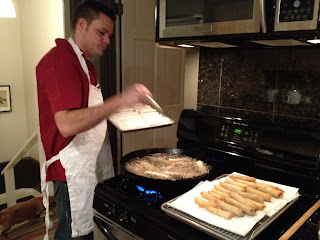 In February we headed out to Detroit Lake for a quiet weekend with friends.  In the winter Detroit Lake is drained, revealing the lake bottom and the stumps of trees that were cleared for the lake.  The image is a stark divergence from the busy and full lake of the summer months.
Bo Saam comes from David Chang’s Momofuku cookbook named after his New York Empire Momofuku.  The simplest way to explain David’s food is a combination of Korean and Japanese flavors and techniques with American ingredients and maverick sensibilities.
This meal is made up dark caramel roasted meat, spicy sauces, and rice all packaged up in lettuce leafs.  I had intended to use a gorgeous bone in pork shoulder I bought from the butcher, but in a typical move I left it sitting in the fridge as I packed.  It wasn’t until I was two hours down the road when I started to think about how I wanted to prep the meet that I realized my error.  Expletive… 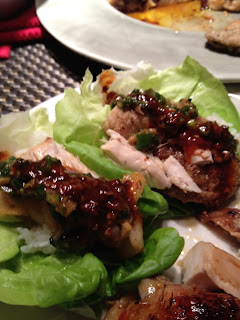 I learned something valuable with that miss-hap .  You can use any meat in this dish and these bo Saam sauces will make it work.   Luckily for us I found a chicken at the store, otherwise we would have been eating Gas Station Chicken Finger Bo Saam.

One of my favorite meals each year is the wine dinner we produce in partnership with our host Lisa.  She opens up her wine cellar and we bring several courses pared to the wine.   This dinner often includes new guests from outside our normal entourage.  It’s always a delight to have new people at the table.
One of my favorite parts of this meal is going to get the wine out of the cellar.  We head down to the basement, through the thick wooden door into the cool dim cellar.  Stacked neatly are bottles, each of which, tell a story of a warm sunny hillside in Oregon.  As I look at each bottle I try to think of the hill they come from and the distant scent of the winery deep in my memory.  Carefully we pick several bottles and head up to excited guests. 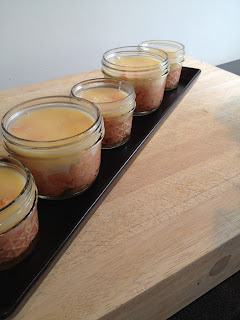 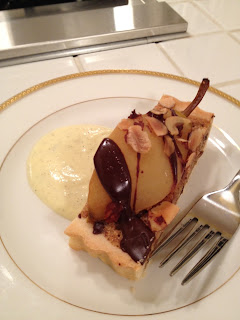 In celebration of the first warm spring day, Nick and Peter pulled out their outdoor furniture and we sat down to Korean Tacos.  The flavors of Korean food lend itself perfectly to tacos.   It’s easy to see this in the food truck trend all across the west coast. 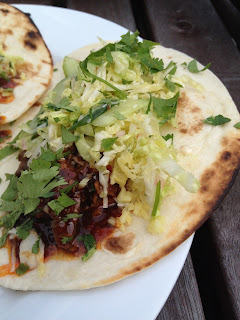 This year Portland welcomed an incredible new Argentinian Steakhouse to the scene.   We welcomed it over and over again this summer.   The entire restaurant is built around a large wood fired grill with a medieval looking grate that is lowered and raised above the coals. 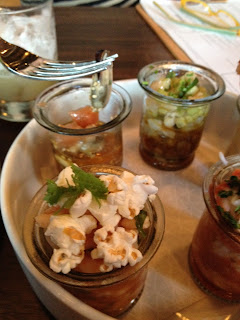 One of my favorite dishes on the menu was the selection of seafood ceviches.  The collection included Mussel Poke, Crab Cocktail, Scallop Ceviche and Salmon Ceviche.  Each one inspired in its own way.

Our friend Sharon invited us up to the mountain for her Pole Barn Country Dance Party.  Her place is nestled on a bend of the Sandy River near Welches Oregon.  Sharon has this incredible ability to get everyone up and dancing.  Even I spent the night two stepping around the barn with Vicki and Terri.
After a night of country dancing we took the next day pretty easy.  We planned a light meal of Swedish Smor Brod.   We laid out a buffet of items for open faced sandwiches made on dark sweet rye bread.  The spread included, bay shrimp, pickled herring, smoked salmon, roast beef, hard boiled eggs, tomatoes, onions, lettuce, mustard sauce, cucumber salad and potato salad. We may have gone overboard. 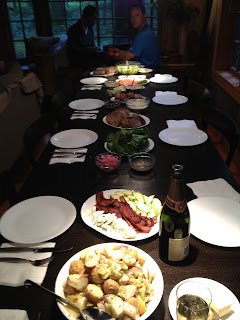 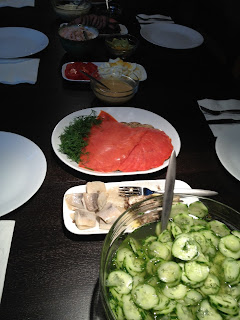 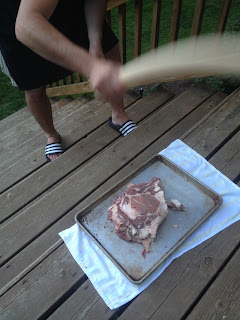 All I have to say about this steak is it that is crazy.  You take a three bone prime rib roast, remove the center bone and then proceed to pound the roast into three inch giant steak.  Peter managed the whole affair…. Best steak dinner ever…

This summer Terri hosted a series of concerts at the zoo.  We saw Trombone Shorty and Grace Potter.  On the day of the Grace Potter Concert, the advance team rolled into the zoo early in the afternoon and laid out rugs to claim our spots for the concert.  Later, Peter arrived with dinner for all of us.  Dinner included: Chilled Cucumber Yogurt Soup with Radishes, Panzanella Salad, Marinated Grilled Vegetables, Smoked Barbequed Chicken and Peach Raspberry Trifle in canning jars.   You can only imagine the looks you get when you roll out a meal like this in the middle of concert lawn. 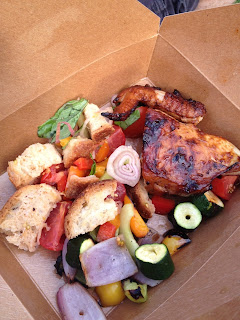 For the last couple of years there has been a hole in Portland’s dining scene.  We needed more great full service Mexican restaurants.  Luckily for us we got two great new restaurants this year.  First is Mextiza.  Its located on a great stretch of N Killingsworth.  My favorite dish was the roasted goat with potatoes, onions and tart hot sauce.   Their Caesar Salad is worth having too. 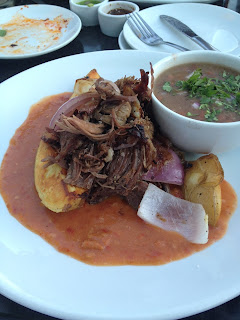 I was first introduced to seafood towers only as a voyeur.  In the mid-nineties on my daily walk to work at Torrefazione I would pass Zefiro.  There I would see diners diving into tiers stacked upon tiers of oysters, mussels, clams, crabs, lobsters, and shrimp.  I always thought that one day that will be me and I’ll get to enjoy the seafood tower. 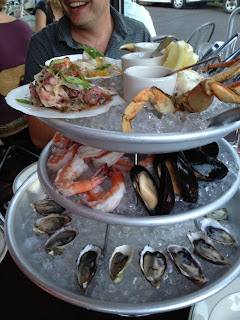 Well little did I know it would take a little longer than I planned, but this year I finally sat down to a seafood tower at the Woodsman Tavern.   I can now check off one item on my life list.

This is a chronicle of the food we love. The food we love to buy, cook, and share with our friends. It's a collection of our cooking adventures and the recipes we create. Come sit down and enjoy the Feast. 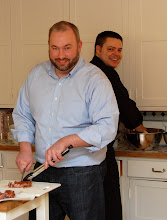 For our past post you can check them out at http://speakeasydining.blogspot.com/